Our words will ring so true
that our honest expressions initiate
lyrical sensations that every create can appreciate
since we are all interconnected
​genetically and electromagnetically.

So just as birds’ songs, cricket choirs
and other natural voices evoke
a wholesome rhythm
​and nourishing harmonic for the planet–

Our gentle, elemental language
overtime it is spoke
will resonate symphonically with Earth
and all upon it.

Discovering the Reality in the Fantasy

When I wrote that three-page vision-in-verse, I wondered if I wasn’t perhaps ‘gilding the lily’ in the extraordinary images I was creating of the ‘open sesame’ sort of magic that could be created by such an organic language. Years later, however, my neighbors, Anne and Whitley Strieber, gave me a book by the mythologist William Henry called The Language of the Birds. ​In it, I found that even my most far-out fantasies were completely congruent with ancient mythology.
​

I shared my WordMagic anthem, Taking Command of the English Language at a garden party in Portland, Oregon in June of 2016. At some point in the performance, I noticed that everyone was gazing upward. So I did, as well, and saw a hummingbird hovering above me, spinning and darting away, and then returning to hover again.  I wish someone had photographed it.

In any case, here is a picture of a little hummer from another special occasion: One night in 2015, I came home after a three week absence, And as I approached the stairs leading to my apartment, I was amazed to see three hummingbirds circling like moths the donut shaped light at the top of the  landing . I watched them in awe for a little while. Then, at my request, a neighbor turned off the light and two of the birds flew off. The third one landed on my head, so I carefully walked down the stairs so that he had room to fly away. He hesitated for close to a minute—then off he went. What a greeting and what an honor that was for me. 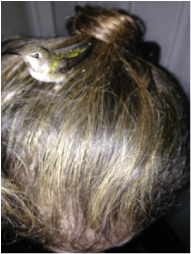 What I have come to realize as I’ve reviewed the puzzle pieces of my life is that my WordMagic work—which is essentially a phonetic Kabbalah woven from direct downloads I’ve received from Mother Nature—points toward a contemporary re-emergence of the ancient Language of the Birds. [This link will take you to the article I wrote on that subject for Awareness Magazine.]

Given that the genesis myths of  most cultures of the East and West point to the Word as the original Source, force and substance of Creation, isn’t it time we put our articles of faith in the power of the Word to the ultimate test—by upgrading English so as to create a new Language of the Heart (an anagram for Earth) that uplifts all Creation? If you resonate with this idea, please look at the Vision statement and the pages beneath it. Then contact me if you’d like to play.

Pg. 2: …this language, sometimes called ‘the Green Language,’ is believed to be the holistic language of nature.  … Understanding this language, we are asked to believe, balanced, blended or integrated Solomon with all of Creation.”

Pg. 3: … Because it uses phonetic resonance the Language of the Birds is called a ‘phonetic cabala’, a phonetic language code.  … This code equates words that sound alike in different languages, connecting word concepts by sound in English. These language connections reveal astonishing literary and historical synchronicities or meaningful coincidences that point to the interconnectedness of all creation.

Pg. 4: …Nature is connected. It is the logical mind of humankind that separates. By learning this language we become more fully reconnected and resonant with the matrix of English life. We learn to work with nature’s forces and to explore the relationships between all the wonders of her creation.

With this language, promise mystics, we can heal our world and ourselves, transforming it from wasteland into a garden or a paradise. When ‘in tune’ or resonating with nature we bring magic into our lives and an effortless flow of synchronicity.

Pg. 5:  In addition to Peace and magic, acquiring the Language of the Birds, and its power of words, also brings access to secrets.  Understanding the world through this sacred language brings enlightenment.   … Often these secrets are represented by some object (usually a stone) guarded by a serpent or dragon, sometimes near a tree. … This object and tree often symbolize the gateway to Heaven, the point where communication is established between Heaven and Earth and immortality is achieved.

Pg. 14: Mythologically speaking, the Bird Language contains the ‘open sesame’ to the paradisiacal state of the gods. This is why it is considered to be the language of synthesis and integration with nature. For this reason birds are often taken as symbols of the angels, who guard the ladder to Heaven, like the story of Jacob’s Ladder.

Pg. 15: …. The ultimate wisdom the Language of the Birds confers concerns the means to enter an ecstatic state and open the gateway to God.

Pg. 18: …recovery of this language (as Jesus knew) would allow, among other things, re-entry to the Garden.

Pg. 123: …Why is English the Language of the Birds: “England is s small island that was constantly invaded throughout history. Because of these incursions by other cultures the English language accumulated many words and expressions from other languages.”

Pg. 127: …Connecting words in this way creates a ‘tunneling effect’ through time and enables us to ‘cross over’ the timeless metaphors of humanity.

Pg 130: … [referring to a Hebrew word] by interchanging the vowels, the punning, hyperdimensional Language of the Birds may also be thought of as the Language of Life. … Obviously the ancients had a far different view of language and the power of the word than we sophisticated moderns.

Pg. 133:  …Another example of the hyper-dimensional aspect of the Language of the Birds, and the fourth key to deciphering Mystic Grail stories with it, is the way it makes extensive use of mirror reflection and symmetry to conceal wisdom concerning the secrets of life.

Pg. 135:  …All we need do is learn to ‘click on’ one part of a word and the whole can become illuminated. In this way the Language of the Birds is holographic.

Pg. 136:  …Believe me, this is not the kind of knowledge one gets at a university. It’s more like what a billionaire buys for $30 million in a codex (Latin for book or bound manuscript) or a rare painting at a secret auction at Christie’s. Or a spiritual seeker acquires by floating round and visiting the places on Earth where such knowledge is stored and downloading it out of the landscape directly to the brain (if one knows how to do that). It is likely that this is the kind of knowledge which Solomon and the Knights Templar busied themselves with.