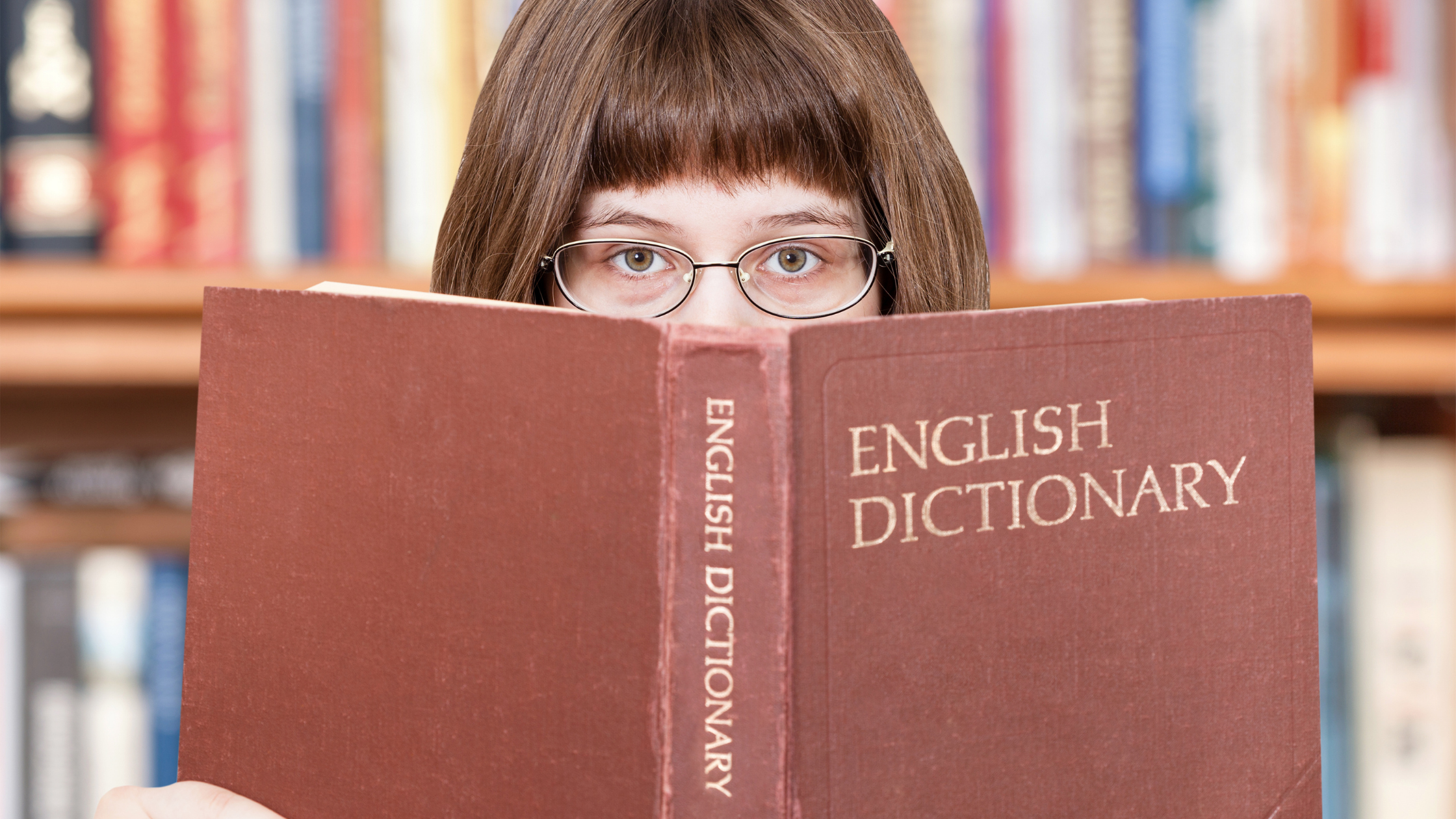 The Extraordinary Oddity of a Dictionary Odyssey

By Laurel AiricaApril 3, 2021Blog
No Comments

I just had the oddest experience I’ve ever had with a dictionary. I intended to look up the word liminal – as it was relevant to a spontaneous invocation I was articulating in the moment. I accidently typed in ‘limbic’ at dictionary.com and got this definition: ‘Pertaining to a limbus or border; marginal.’

That’s interesting, I thought. I don’t know if I’ve ever encountered the word limbus before. It sounds like a good match for nimbus, however, so I’m guessing they both pertain to clouds –– clouds of thought, perhaps. Clouds of Nothingness between one thing and another.

Fortunately, limbus was a hyperlink so I pressed on it and was immediately transported to ‘limbo’ – a weird word that has always evoked in my mind the mental image of a cloudy netherworld between existence and nonexistence.

The word limbo may be most familiar as a dance game in which guests at a party bend over backwards to show just how low they can go under a progressively lowered bar. Sounds like a great metaphor for our frequently compromised lawmakers and the progressive lowering of the bar for standards of ethics, decency, morality, etc.

I was surprised to learn that there is quite another limbo, which is described by Roman Catholic theology as a realm for those who don’t make the bar and are too low to go to the higher planes of the afterlife. The Catholic limbo is defined as –

From limbo, I finally reached out for ‘liminal,’ my original destination. It is unintelligibly defined by dictionary.com as an adjective pertaining to psychology and ‘relating to, or situated at the limen.’

Limen?! Does that word mean anything to anyone reading these words? Fortunately, limen links to it’s own quite remarkable definition. One click on the hyperlink and I was taken aback by an unexpected revelation that quite literally took my breath way. 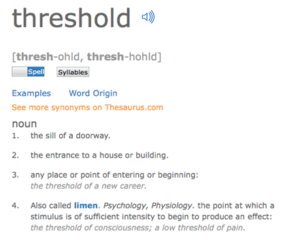 Limen is synonymous with  Threshold, a doorway to somewhere else –perhaps to a new beginning. Oddly, the word limen, itself, isn’t actually even mentioned until the 4th and final definition of Threshold.

As you can see, it pertains to psychology and physiology and is essentially the ‘sweet spot’ at which a cause is sufficient to produce an effect on the brain.

From limen, I went on to the ‘limbic system’ to see how it is defined, and discovered that it is ––

“a complex system of nerves and networks in the brain, involving several areas near the edge of the cortex concerned with instinct and mood. It controls the basic emotions (fear, pleasure, anger) and drives (hunger, sex, dominance, care of offspring).”

Next up was subliminal – the limbus between the conscious and unconscious minds. I was again surprised that it, too, was defined in terms of the type of stimulus required to produce an effect on someone’s thinking and behavior –– without their knowing it. Scary stuff! 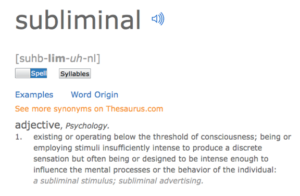 In summary, my dictionary odyssey started at limbic then took me to limbus and from there to limbo and then on to liminal, which seems to mean limen, which led to the threshold at which limbic systems can be easily manipulated subliminally. Perhaps even by sound bytes. For as Dr. Mercola also said in his article referencing Huxley’s prescience ––

How easily our minds are colonized by bad ideas that then operate the human instrument almost automatically; for we are the arms and legs of whatever beliefs take root in our minds –– no matter how self-compromising they may be.[2]

Mass mind manipulation is a science. How then can we grow w-eyes? One way is to take our eyes and ears away from the programs on screens that program our thinking. This is especially important at night –– when preparing to cross the dimensional doorway (limbus) between waking and sleeping. Let us refuse to provide unimpeded access to our unconscious minds to the unscreened messengers and messages coming at us through our electronic devices.

When we unplug from the Collective and tune in to the Transcendent –– especially before bed through an uplifting book, a poem, prayer and meditation, a creative activity or a walk in Nature –– we open ourselves up to divine ideas that lift us out of the suggestible subliminal and into the seductive sublime.

Toward that end I offer my reVision of that odd, old bedtime prayer that may be as familiar to you from your childhood as it was to children in the early 18th Century when it was written. It definitely needed a makeover so I offer one, below.

If you like this new version, please feel free to make good use of it and share it with others. As for the word ‘Lord’ in the prayer, if there’s another word you like better, feel free to use it to invoke the Divine.

Now I lay be down to s/Leap

I praise the Lord – my Soul to Waken

For once I see into the Deep

I know my Path won’t be

[2] Some of the podcasts I occasionally listen to make reference to Project MK Ultra. A Google search revealed that MK stands for Master Key. The entry went on to say that MK Ultra, “also called the CIA mind control program, is the code name given to a program of experiments on human subjects that were designed and undertaken by the United States Central Intelligence Agency—and which were, at times, illegal.” Chances are, they were also conducted beneath the threshold of detectability.