From ThinK to ThinG

The stream of human knowledge is impartially heading toward a non-mechanical reality: the Universe begins to look more like a great thought than a great machine.

There is nothing either good or bad, but thinking makes it so. 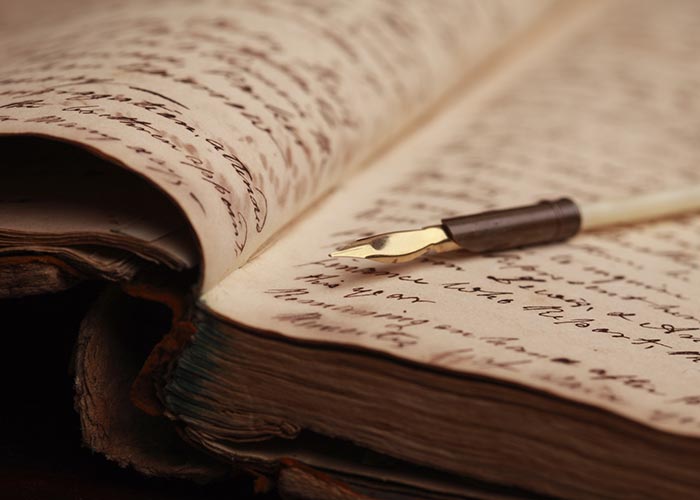 The preparation of the heart is the work of humankind. But the gift of speech comes from the Lord.

Though shalt decree a thing and it shall be established unto thee.

Is it not written in your Law—I have said ye are gods?!

Life and death are in the power of the tongue.

Sound is the intermediary between the abstract idea and the concrete form of the material world. Sounds literally mold the abstract world of thought and spirit into shapes.

Magic involving the use of words in a manner determined by a belief that the very act of uttering a word summons or directly affects the person or thing that the word refers to.

Operating under the assumption that words have power and that everything happens by chants.

The ability to influence reality through talking or storytelling.

The Spells of HipGnosis

“When the Christians came to power in Britain, anything heathen was automatically bad.  Consequently, everything that had a strong meaning to the Anglo-Saxons was reversed 180 degrees.  This reversal not only affected the people and their traditions, but also the English language we use today.” Fred Alan Wolf, PhD, from the foreword to The Way of Wyrd: Tales of an Anglo-Saxon Sorcerer, by Professor Brian Bates
​
“Man’s deadliest weapon is language. He is as susceptible to being hypnotized by slogans as he is to infectious diseases.  And when there is an epidemic, the group mind takes over.” Arthur Koestler, Janus

“Words are the most powerful drug used by mankind.” Rudyard Kipling
​
“Without language there would be no poetry and no war.” Joseph Chilton Pearce

“Language is the mechanism of matter’s spell, the means through which the spell is maintained from one generation to the next.  Those who slumber beneath linguistic illusions limit themselves to the deficiencies, blind spots, and biases of a particular method of symbolism, which even at its best can convey no more consciousness than the consciousness of those who invented it. …. Belief systems are illusions of linguistically structured thought.  They have been the means through which these guttural languages have limited your perception. They are cages created by words, imprisoning their makers.” Ken Carey, Return of the Bird Tribes

“One of the most important coming steps for Western knowledge is a re-examination of the linguistic backgrounds of its thinking, and for that matter, of all thinking. … Science, if it survives the impending darkness, will next take up the consideration of linguistic principles and divest itself of these illusory linguistic necessities, too long held to be the substance of Reason itself.” Benjamin Whorf, Language, Thought, and Reality

“Philosophy is a battleground against the bewitchment of our intelligence by means of language.” Ludwig Wittgenstein, British philosopher, 1889-1951

“There can be no doubt that distrust of words is less harmful than unwarranted trust in them. Besides, to distrust words, and indict them for the horrors that might slumber unobtrusively within them — isn’t this, after all, the true vocation of the intellectual?” Vassal Havel, Speech of October 1989, accepting a peace prize; quoted in The Independent, London (9 December 1989)

“Throughout the world, we’ve seen one repressive regime after another set out to banish first the words and then the carriers and lovers of them—the journalists, the artists and writers, the intellectuals—the interpreters of a culture.  Such regimes don’t want people to love or feel the power of words moving through their souls and out into the world.  Such regimes have always had a Machiavellian understanding that illiteracy—which can take ever so many forms—will keep citizens from loving and feeling connected to what’s around them.  As a consequence, they will be less invested in wanting to change their environment—they, indeed, may not even notice what needs changing.  Like a deceptive lover, such regimes twist and turn words to soothe and confuse and alienate all at once.”  Hadley Fitzgerald

“Decline of language is the decline of the life of the people who use it.” Ian Robinson, British literary scholar

“You may be sure, dear Crito, that inaccurate language is not only in itself a mistake: it implants evil in men’s souls.” Socrates – via Plato in Phaedo, 115e.

From the Word to the World

“An insight that occurs in countless ancient myths and stories is that ‘in the beginning is the word.’  Language – including naming, dreaming, and imaging – does not merely reflect or describe realty; it constructs it.  Simultaneously, it forms the consciousness and social selves of individual speakers. Language is a primary locus of socialization.  Embedded in ‘standard’ white English, correct grammar, common vocabulary, elite jargon, prevailing slang, and conventional imagery (in advertising, film, television, and so on) are the perspectives, agendas, and imposed realities of those who are in power.” Jane Caputi, Gossips, Gorgons, & Crones: The Fates of the Earth

“Each language, from its beginnings, has been molded to fit its society’s philosophies, occupations, interests, beliefs, traditions—in sum, to express its total culture. … the language becomes the main medium by which the culture is perpetuated.  As such, it exerts a directing and delimiting influence of its own on the culture’s patterns and development.  Culture and language progress together down the ages, so commingled, that it’s moot to say which is the container and which the contained.” Gary Jennings, World of Words: The Personalities of Language

“The difference between languages is not only in sounds and signs but in world view.” Wilhelm von Humboldt

“…..there certainly is a World, and there is the Word with which to describe it, and normally World and Word seem like two separate things, but with sufficient authorial attention, World and Word can be made to pop back into their proper relation, which is: unity.” George Saunders, March 3, 2017, “Grace Paley, the Saint of Seeing, New Yorker Magazine

“This idea of ours that we adjust to reality without the use of language is an illusion … The ‘real world’ is to a large extent built up on the language habits of the group.” Edward Sapir

“We’re making the world out of language and story all the time—therefore the world is changing. … Realists, of course, challenge this; but to be a ‘realist’ often means simply settling for one of the meaner fictions of our time.” Lindsay Clarke, British novelist

“Feminist linguist Julia Penelope writes, ‘Language is an intangible, almost invisible weapon.  Its messages are implanted in our minds when we are babies and left there to maintain our allegiance to men and their institutions.  Our only hope of regaining control of our consciousness is discerning the underlying pattern and unraveling it.” Jane Caputi, Gossips, Gorgons, & Crones: The Fates of the Earth

“Ideas and images in men’s minds are the invisible powers that govern them.” Hans Sennholz, German economist

“We don’t have ideas. Ideas have us!” Leigh McCloskey

“It’s the most powerful force, I believe, on Earth—the English language.” Ken Burns

“Cledonism: n. Use of euphemisms for protection against the black magic perpetrated by plain words.” From Mrs. Byrne’s Dictionary of Unusual, Obscure, and Preposterous Words

“We are inside some kind of linguistic construct that springs from out of the collective unconscious of all of us and that inputs into that from the entelechy of the planet. … all possibilities exist but we have to deconstruct the cultural tyrannies of language. MacLuan talked about this.” Terrence McKenna

Using the Word for the World’s ReCreation

“It was said of Confucius (Analects, 13.3) that when asked what he would do first if he were given charge of the administration of a country, he replied: ‘It would certainly be to correct language.’ … He explained that if language is not correct, then what is said is not what is meant; if what is said is not what is meant, what ought to be done remains undone; if this remains undone, morals and arts deteriorate, justice goes astray, and people stand about in helpless confusion. With this may be compared the words given to Socrates by Plato, ‘Phaedo,’ 115e: ‘You may be sure, dear Crito, that inaccurate language is not only in itself a mistake: it implants evil in men’s souls.’” W.K.C. Guthrie, Socrates

“When a society becomes corrupt, what first grows gangrenous is language. Social criticism, therefore, begins with grammar and the reestablishment of meanings….” Octavio Paz

“…One ought to recognize that the present political chaos is connected with the decay of language, and that one can probably bring about some improvement by starting at the verbal end.” George Orwell

“I really do inhabit a system in which words are capable of shaking the entire structure of government, where words can prove mightier than ten military divisions.” Vaslav Havel Speech of October 1989, accepting Noble Peace Prize

“Unite humanity with a living new language.” The third of 10 principles engraved in eight different languages on the Georgia Guidestones, a granite monument erected in Elbert County, Georgia (U.S.A.) in 1980.

Toward a New Word Ardor

“Before we can begin the task of developing a ‘new paradigm, post-material, living, four-dimensional’ model for human experiences, we must confront a significant quandary. We must find a language adequate to this larger kind of conception.” Charles M. Johnson, M.D., The Creative Imperative: Human Growth & Planetary Evolution

“In these times it is important to communicate, to put our best foot forward, to put our best metaphors on the table because we can move no faster than the evolution of our language.” Breck Costin, Empowerment Seminar Leader
​
“In this moment and in this hour of human evolution this proper vocabulary and means to address that which longs to transcend religiosity and spirituality and assume the position of authentic power is longing to be born. We need to give that which we as a species are now touching consciously for the first time a vocabulary that is not clouded so that it can be identified clearly in the acts and judgments of the human race, so that it can be seen clearly, and not through the veils of mystery or mysticism but simply as the authentic power that moves the force fields of this Earth of Ours.” Gary Zukav, The Seat of the Soul

“What cannot be said cannot be created by the community. So what we need then is the forced evolution of language.” Terrence McKenna

“Being in the dictionary is an arbitrary distinction. It doesn’t make a word any more real. Arbitrary constraints lead to arbitrary distinctions and a skewed worldview. If you love a word use it. That makes it real. Love makes things real.” Erin McKean, Lexicographer and Dictionary Evangelist

“Speak a new language so the world will be a new world.” Rumi

WholeSum Words by which to Reinvent the World

“Apt words have power to ‘suage the tumults of a troubled mind and are as balm to fester’d wounds.” John Milton

“The words that enlighten the soul are more precious than jewels.” Hazrat Inayat Khan

“And the verse falls to the soul like dew to the pasture.” Pablo Neruda
​
“There are millions of tongues in the world given to useless, idle, and destructive gossip. If all this energy could be turned into a torrent of truth, all the sick would be healed, the kingdom of God would be established on Earth, and the greatest era of peace, prosperity, and progress would be manifest that the world has ever known.” Rev. Glen Hayden

“Come my friends, ‘tis not too late to seek a newer world.” Alfred Lord Tennyson